2D-Arcade Shooter for casual gamers and veterans.
Choose one of two totally different player ships and fight your way through the incoming alien attack to save the human race. A lot f features are waiting for you. You can see more in the trailer or in the gameplay video.

To celebrate 15 years of DoveZ we are selling the game here for 0€ (limited offer) and release a new patch (1.7). It will fix a crash on Windows 10 and it will rebalance the Super Nova of the red ship: after using a Super Nova you will no longer lose a full option, but all weapon upgrades for this option. 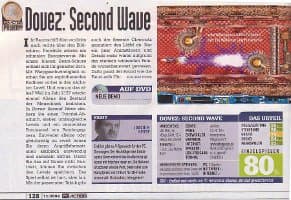 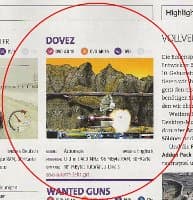 The videos sometimes are not playing correctly. Try to switch between window- and fullscreen-mode. If this is not working, you have to install a codec to play XVid Videos.

There was a world, which let the sun shine. In the action of the global coalitions and all world power, the earth has been saved from alien invasion. Project DOVE was successful. After war, the ship has been transported to zone 4. The sun broke through the clouds until the day, when the world should know, that this war is not over. Writing the year 2157: The science passed big improvements. But are we ready to challenge against the unknown ? The technic opened us the way to the stars. The earth is under secure by many orbital stations. Old legends tell us that the end of the human being is near. But we are still feeling save. During that, the work at Zone 4 in the lost Mountains have been continued. An ambitious scientist and his faithful assistant developed two outstanding, flying war machines: called D-Phyton and D-Tonator. There is only one daredevil test pilot who might control those ships. Anyway, he has no choice. The worst case becomes true and he has to take place in one of those flying thunderbirds. Project ‘Dove.Z’ will decide whenever we will stay alive - or not. Your task is to fight the enemy! For human being - for the earth - to win! 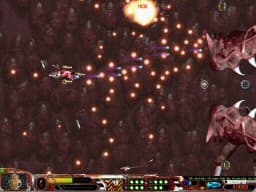 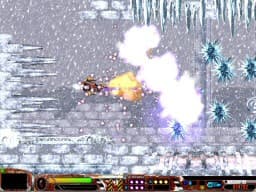 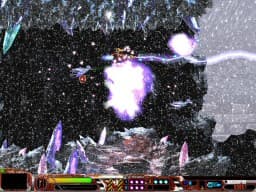 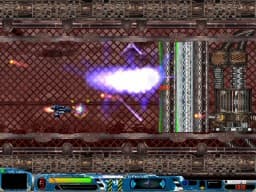 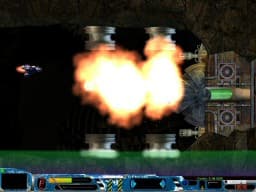 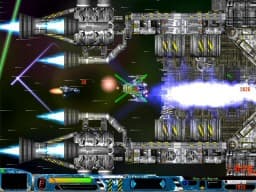 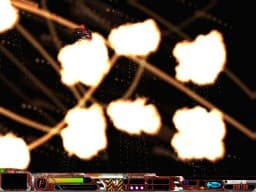 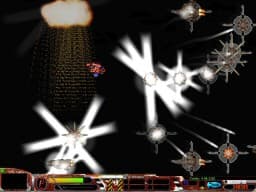 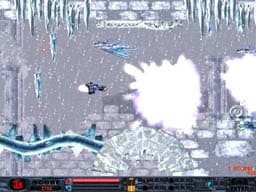 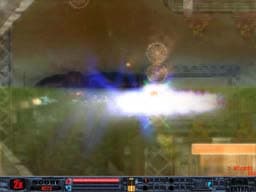 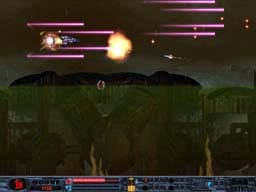 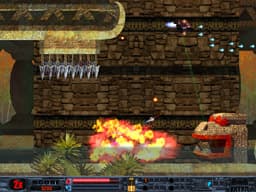 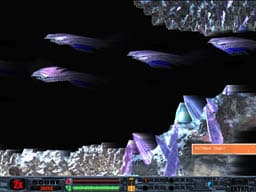 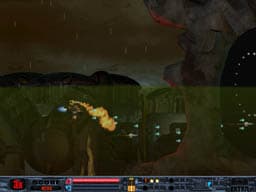